I Am Alive New Edition Soon

2nd UPDATE: I know this is confusing, but some readers didn't like that I pulled the book away from amazon.com, so I had to put it back. Still, there will be a newer edited version by the end of August.
UPDATE: I have unpublished the book I Am Alive today while it was had numerous rave reviews ( as much as bad ) and was in the paid bestsellers list of amazon.com in action and adventures, and girl and women section. Many of you have downloaded it for free, and I don't feel that others should pay for it until it's edited within the month. 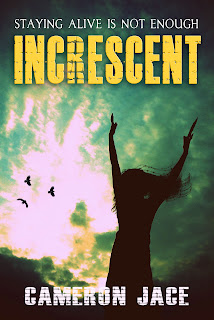 It's my responsibility to admit that my book I AM ALIVE wasn't properly edited. Its grammar mistakes, spellings, and other things. If you have read my books before, you'd know that I never marketed the this book. Most of my readers know me for the Grimm Diaries.

I just had an opportunity to so provide the book for free on amazon kindle, and had the help of a couple of 2 major blogs to list them the days the book was free. And of course, word of mouth of the most kind and enthusiastic friends on the internet. ( whom I can never thank enough ) .I had no expectation that the book will be downloaded that much.

To make the story short, I hired a new editor, and a second edition will be available by the end of the month. The editor said it will take that long.

For those who were irked by this, I hope you'll find the second edition easier to read.

If you're only interested in the new edition, this post post ends here. If you want to know more about me and the situation and why this happened, read on:

Let me explain a couple of things. First of all I am an indie writer. I have a day job. I live good. Happy with what I've got. But I can't afford extra expenses like editors or marketers or all the other things a popular, traditionally published book gets. I am not trying to get anyone's sympathy, and I don't need it. I think I represent the majority of thousands of Indie writers who do their best to be read.

You have no idea of the millions of dollars spent on any of your favorite published books out there. Each book gets edited dozens of times by the best editors in the market, if not by more than three or four editors. Each book has a marketing campaign behind it that spreads the book all over the internet ( and the world ), making sure you won't miss how awesome this upcoming book is before it even comes out. Each book gets quotes from famous authors like Stephen King to shoot its sales to the roof. 5 star reviews from elite reviewers no indie writer can dream of even talking to ( I tried actually)
Readers might not know that there is a big team, powerful as the Avengers, standing behind the book you get and love.

Does that mean I blame them or anything? Of course not. It's the right way to do it. Most of the bestseller books on shelves right now are awesome book, and I am an avid reader to many. All I am saying is, I am just a 29 year old writer who found an opportunity through self-publishing. The only help I get is from sites like amazon and goodreads, and the awesome people who pick up a book to read, one that they don't know anything about, and one that wasn't marketed intensively toward them, and read it, like it, and even spread the word and advise you how to become better. This is an indie writer's only weapon. The writers' job is to find those and reach for them.

Most Indie writers work with their passion to make a book come out and be read. Remember, we have day jobs, and a life, and writing ususally doens't pay well. None of us has a sponsor who pays millions of dollars.

Does that mean that we don't want the reader to criticize, to point at flaws, and express their freedom to say how much this book sucked and that book was a bore? Not at all. You, as the reader, can do what you want and see right. All Indie writers would want from you is understand. Just understand. Just know that this is a self-published, self marketed by passionate writers, not the one whose job is only to write while there is a group of people that does all the other things for him. With all this technology around us, this is a new word of freedom of expression, and there is no better environment for the many starving and struggling artists outside that today.

Besides, as much as there are readers who get mad and complain, there is a huge number of readers who support us in the most amazing ways.

When I Am Alive hit number 30 in all amazon.com free kindle bestseller list this weekend, someone in a forum told me, "I hope this translates into real sales when the books isn't free anymore."
I replied, saying that was not the point because the real point was for the book to be read. I get about one email almost everyday from someone who read one of my books and liked it. I reply to each of those emails, and we even become friends, because you know what, this means to me so much I couldn't explain in words. ( I do also receive bad emails which I rather not talk about )

Since I started self-publishing three month ago, I hadn't been sleeping well. Here is what I do everyday: I go to my job. Instead of relaxing in the lunch break, I think about the outlines of the next book. I think about it when I am on my way home. I spend the afternoon writing, marketing, emailing, spreading the word, learning, re-editing, and above all reading. ( you can't write if you don't read enough ) So basically I have had almost not seen my friends and loved ones for the last three months. It's a lot to do on your own.

So why am I doing it? Because I love it. I have always been writing since I was sixteen. It's one of my passions. I have 12 books under my belt. 12. Of course none off them was cared for and enhanced by a troop of book marketing and editing Avengers, but they will, and they will come out. It just takes time.

Still, all of this is not an excuse for having a badly edited book. It's an explanation. I edited Snow White Blood Red three times, and it cost me, and still no one was satisfied with the editing. So I stopped.

Anyway, I can't express how happy I am. Because if I Am Alive, with all the hype about how badly it was written, and how much the grammar sucked, reached the bestseller list of amazon in the action and adventure genre ( that's not the free one, but the paid one ), about 40 steps behind legends like Hunger Games and Divergent, you have no idea what this means to me, and you have no idea what this means at all. It means that this book has potential. All it needs is to get edited properly. That's why this time I am hiring and editor and paying from my own little savings, because it seems that there is something to bet on here. I have had 4 short stories on the bestseller lists for three month. Each book is about 20 pages. That's something publishing houses look for.

The power of a book or the writer is not the work ( edited or not ) it's the readers. And i thank again all those enthusiastic readers who spread the word, accepted me as an Indie reader, and even told me where there was a spelling or a grammar mistake in my books. If someone deserves applause, it would be them. I am just the storyteller.

Anyway, I am not fond of writing posts like this where I explain myself. The only thing in the world I am fond of is having fun. That's what I try to do in my books.

So to let you know, I might pull I Am Alive from the amazon kindle shelves soon, and re-release it when it's edited again. If this happens as planned, it will remind me of super writers like Sarah J. Mass who I read about 4 years ago in Fiction Press, and everyone was crazy about her books. She was picked up by a major company and now her same book that she wrote in fiction press, edited and marketed, will eventually be a hot the bestseller soon. ( the book is called Throne of Glass, and it's awesome, like really awesome ).

Finally, I read a writing coach's blog a couple of days ago, and she said something that hit me. She said that there is difference between writing and storytelling. She said that she can teach you the best techniques of writing you'd master the language like no one did. But no matter what she teaches you, she can't teach you storytelling, because that is an art, if not a sole gift that no amount of courses can teach.

If a number of people like my books, then I am a storyteller. All I need is to learn some rules, and that is so easy and doable. You know why? Because I Am Alive :)