is going to be available on kindle amazon.com for FREE for two days from  Tuesday midnight 06/27/2012 until the end of Thursday 06/28/2012
It includes the two previous two parts, Snow White Blood Red and Ashes to Ashe & Cinder to Cinder in the same download until the 28th of June, so you can read the three novellas in the series in one shot. ( the first two are re-edited )

for an easier reminder you could join the link on Goodreads HERE
If you join, you receive and email reminder the night before 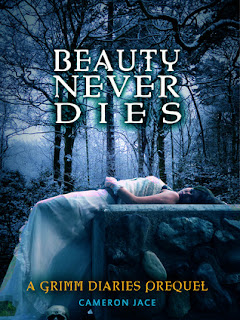 *update: the post previously said 3day but it's a 2 day promotion.

PLEASE READ
if you're interested to know important things about the series:

This note is very important. It's no secret that the storyline of the prequels causes a lot of confusion to some readers, aka following timeline and wanting to interpret what's said between the lines.
For those of you who do have this feeling you need to know 4 things:

1 -
I wrote the PREQUELS for one main reason: I was getting ridiculous hate emails, accusing me that Snow White Sorrow is a rip off four other novels. If I post a sample of the emails, you'd roll your eyes, but i never do that because i consider emails to be confidential. So the prequels' main purpose is for you to experience a glimpse of what the world in the main books is like, and for me to stop those ridiculous plagiarism accusation from fans of other authors which i respect. Thank God that by now I receive some email praising how original the books are.

2 -
The prequels are random diaries from the characters' point of views at random times, so it is actually impossible to get your hands on a main story line. But you get to learn important things that actually make you want to read the series or not. Like that the seven dwarves will not be dwarves, they will be other fairy tale characters, so you get how this is going.

4
THE BOOKS ARE ACTUALLY STRAIGHTFORWARD STORIES WHER YOU GET TO KNOW THINGS WHEN IT'S TIME TO KNOW THEM.
The first books start with Loki, a Dreamhunter, on a mission to kill an immortal vampire -
Snow White - in her dream. From this point on, Loki gets to know what this world is about. And Snow White isn't a shallowe character. Book two is all about her.

PS.I try my best to post the prequels for free but I am enrolled in a system with amazon that doesn't allow me to do this often. A
I will post a longer post about it later.